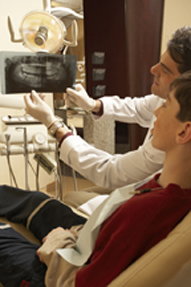 Malocclusions are normally classified into three categories based on how sets of teeth such as molars (usually the lower and upper) relate to one another. This includes how your teeth align from back to front.

The classifications are: Treatment times

Generally, braces are worn for as long as three years; some people respond quickly to braces, and can have them removed after only a period of a year or less. Everyone is different.

Send Us an Email

Find us on the map